As one approach toward solving the problems faced by developing countries, we support the utilization of the ideas and superior technology and products of private companies. It is also a business that aims at the future expansion of companies into developing countries.

From the collection of the necessary basic information for business development to the stage of dissemination of technology and products in developing countries, JICA’s Small and Medium-Sized Enterprises/SDG’s Business Support Project can be used. Currently, use of the scheme is also possible for major companies. 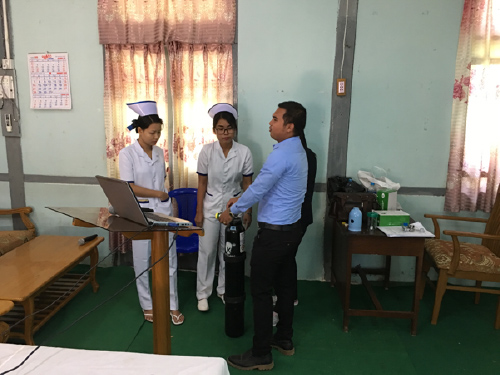 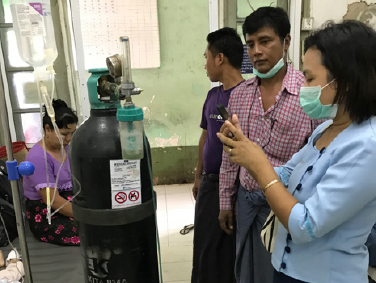 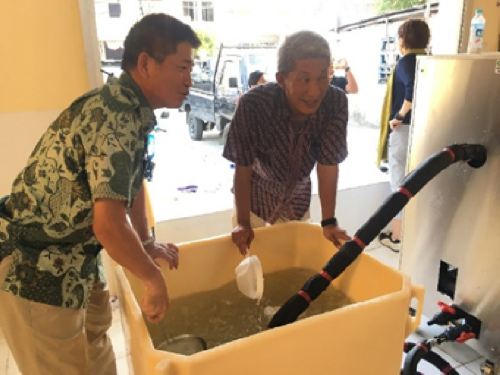 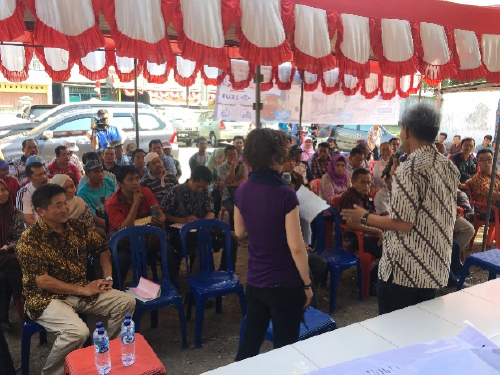 This project was based on a request from Izui Iron Works Co.,Ltd. in Muroto City in Kochi Prefecture. In order to assess the business development possibilities for a slurry ice manufacturing device for aquatic products in Indonesia, we conducted a joint survey/investigation with the members of Izui Iron Works. Slurry ice is also referred to as ‘sherbet ice’, and it is well suited for fish bodies, and is also known for its rapid freezing capability. Izui Iron Works Co.,Ltd. can manufacture a device that maintain fish freshness at -1℃, a function that is not available in competitive devices.

In this feasibility study, we conducted the analysis of the problems faced by the client country as requested by JICA and investigated an ODA scheme utilizing the device. Also, we brought an actual small-scale device and held an ice production demonstration/seminar, and also conducted a transport test using fresh fish, including a sensory test after transport.

As the current survey result was technically satisfactory, the evaluation of the concerned parties was high. However, in Indonesia, similar ice manufacturing devices made in China are sold as extremely low prices, the dissemination demonstration project proposal was placed on a pending status. 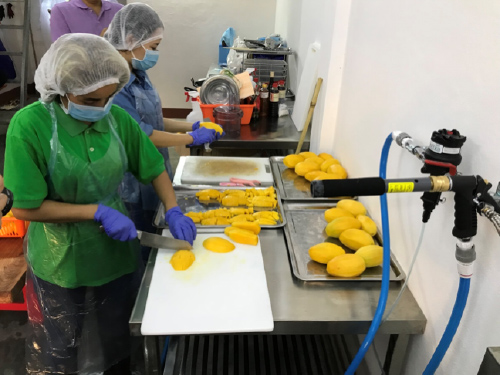 This project was based on a request from Sayara Co., Ltd. and Japan Farm Products Co. Ltd. We conducted a survey to investigate the possibility of expansion of a food processing business with a high function and safe hygiene control system. In Cambodia, there are health problems and infections leading to diarrheic disorders caused by the intake of unsanitary food, and there are issues including the low income of agricultural workers regarding the areas of “Hygiene” and “Agriculture”. This project includes hygiene control demonstrations and explanation of the handling of fresh fish. In addition, a model production process was displayed, and the necessary knowhow was transferred to construct a food hygiene standard that would satisfy international requirements. For test processing, frozen Tilapia fillet was used as an aquatic product, and, frozen mango was used as an agricultural product for test processing. For each stage of production and at the completed product stage, bacterial testing and taste testing evaluation meetings were held. In addition, we conducted a survey of the marketability assuming domestic consumption and export. For primary producers and processors, increasing the value added of Cambodia’s agricultural and aquatic products will create an economic incentive and also directly lead to compliance with hygiene standards. The effectiveness of the hygiene control system targeted for introduction in this project was demonstrated, and the possibility of establishing a business model based on the production and sale of products fully satisfying the hygiene standards was also shown.